This model of the NSWGR Cattle wagon (coded CW) below is based on the series that began delivery to the railways in 1948. 250 wagons were built in this series and they were numbered from 27775 to 28024. They were built on the 10-foot wheelbase Steel "S" truck underframe and were the first cattle wagons to be fitted with automatic couplings from the time they were constructed but before these, there were two models using timber underframes and screw couplings. 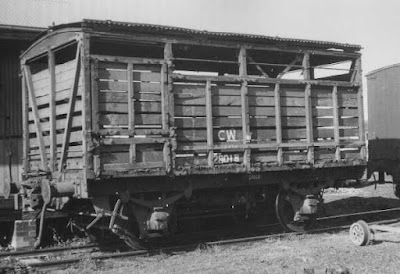 In an attempt to inject a little texture into trains it was decided to custom manufacture the 1915 and 1921 models. An overview was found on the web by James McInerny and can be accessed by clicking here.  AHRS did locate in their files a general arrangement and bracket details for 1915 which I duly purchased so the final item resulted from a combination of these sources of information.

The final piece of information was the ability to source the general arrangement of 1918 CW kindly supplied by Graham Holland who assisted in the design process by checking the model against a couple of high-resolution photos of both models.

Now, of course, you find that the drawings do not align with the photos and these vary over time so it appears the 1915 CW remained fairly constant with the differences being wear and tear. Our 1921 CW however thru a curveball in the photo below, the end is entirely different from the photo above and there are three [3] off them. 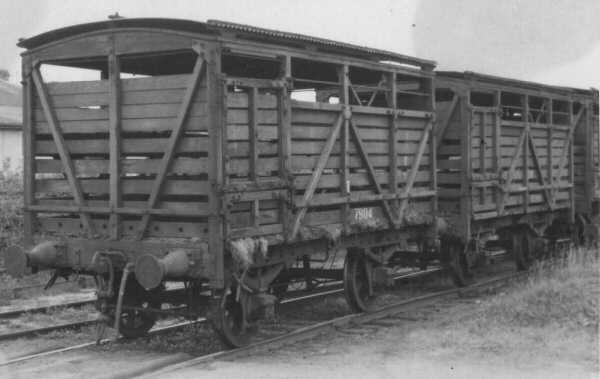 All this appears to say is that it is hard to determine the truth so, like Marvel, we have to accept that our models are in their own reality. With that out of the way, we get into the 3D modelling which created the models shown below.
After hours of editing, alterations and checking photos and general arrangements the interpretations of this information evolved to create the 3D masters..!

There is a lot in common but the end is definitely different it's just how many of the B Version there were?
A 1918 progress at this time will be covered in a separate blog as this is complicated by chamfers on many of the timbers.
Posted by Tucano No comments: